Veterans Memorial Park is almost nine acres and has an active play area as well as vast natural areas. This park is in the center of Mountlake Terrace adjacent to the Community Transit Park and Ride and future light rail station. Veterans Memorial Park has an extensive trail system with one improved trail running northeast from the Transit Center towards the Civic Campus and Town Center. The natural areas have 2nd and 3rd growth forest with 100+ foot Douglas Fir trees.

The developed portion of the park is located off of 58th Avenue West and has a cooking grill, picnic areas, a gazebo (first come, first served), playground and trails.

The property at Veterans Memorial Park was acquired in 1960 with monies approved from a $275,000 general obligation bond to provide for a Civic Center with a surrounding park. This park site was acquired as a play area and wooded wildlife preserve, and was originally the largest part of the site. In 1969, the active area had a flagpole and plaque dedicated as a memorial to all veterans of the U.S. Armed Forces by Post 234 of the American Legion in Mountlake Terrace.

In the 1970’s a road was proposed to be developed from I-5 through the park to the business district and across Terrace Creek Park. Met with loud opposition, the City Council decided against this plan and created a Passive Park Committee, later renamed the Neighborhood Parks Improvement Committee, and today known as the Neighborhood Parks Improvement Subcommittee. This committee was to oversee the preservation of passive park sites.

In 1984, an Urban Forestry Grant provided dollars to develop a master plan. A series of trails were developed and constructed by an Edmonds School District student work crew. In 1990, the lower portion of the creek was modified to provide a storm retention ponding area in the southwest corner of the site. The first Forestry Plan for the park was developed in 1992 with the help of the University of Washington and Department of Natural Resources. The gazebo was dedicated in 1990, through the efforts of the Mountlake Terrace Lions Club with contributions from New Medico in honor of Dr. Cal Ulberg, a local resident and optometrist for his donations to the community during his years of practice.

If you would like to read more about the 2020-2021 Veterans Memorial Park Master Plan please follow this link: 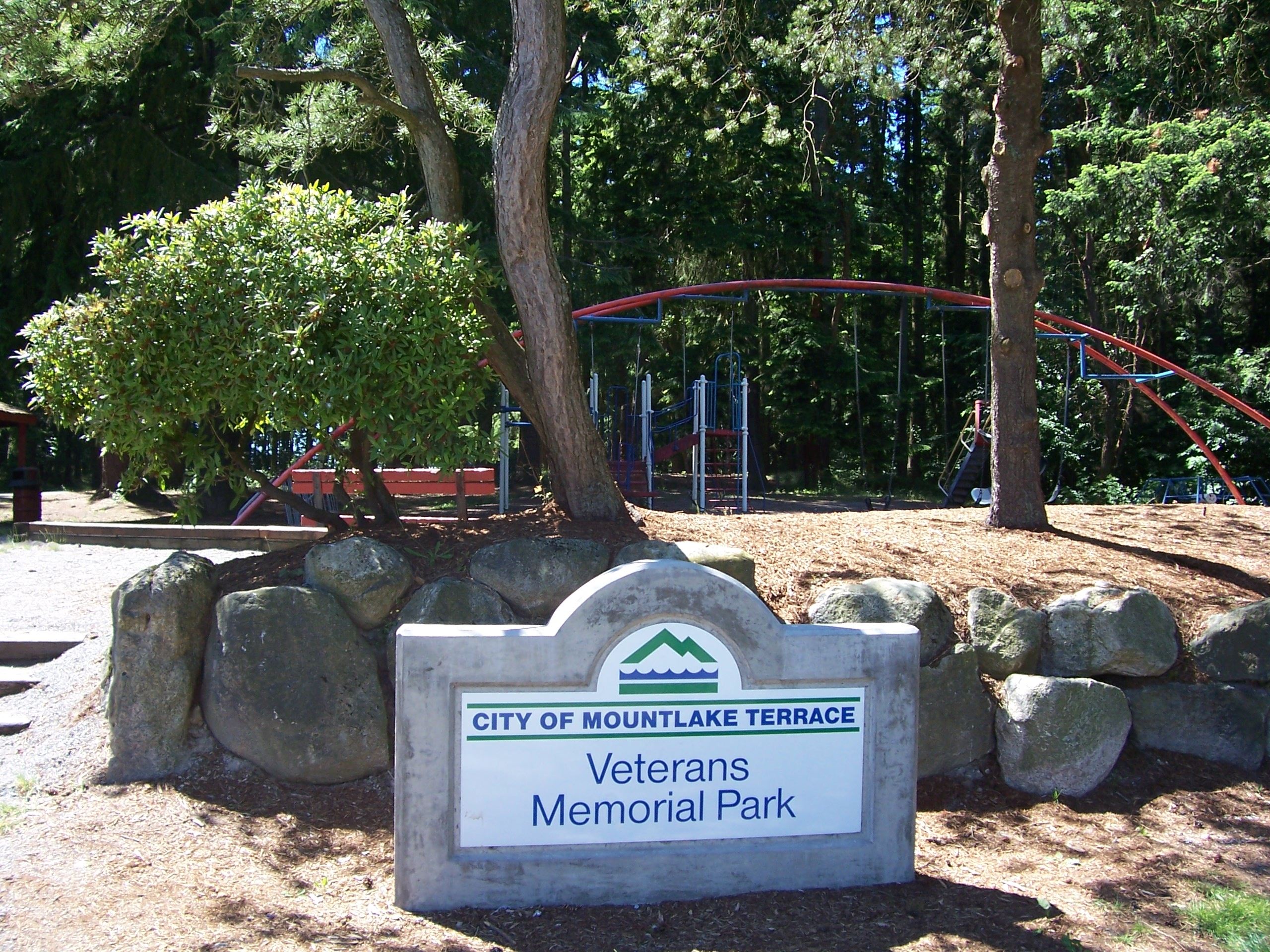 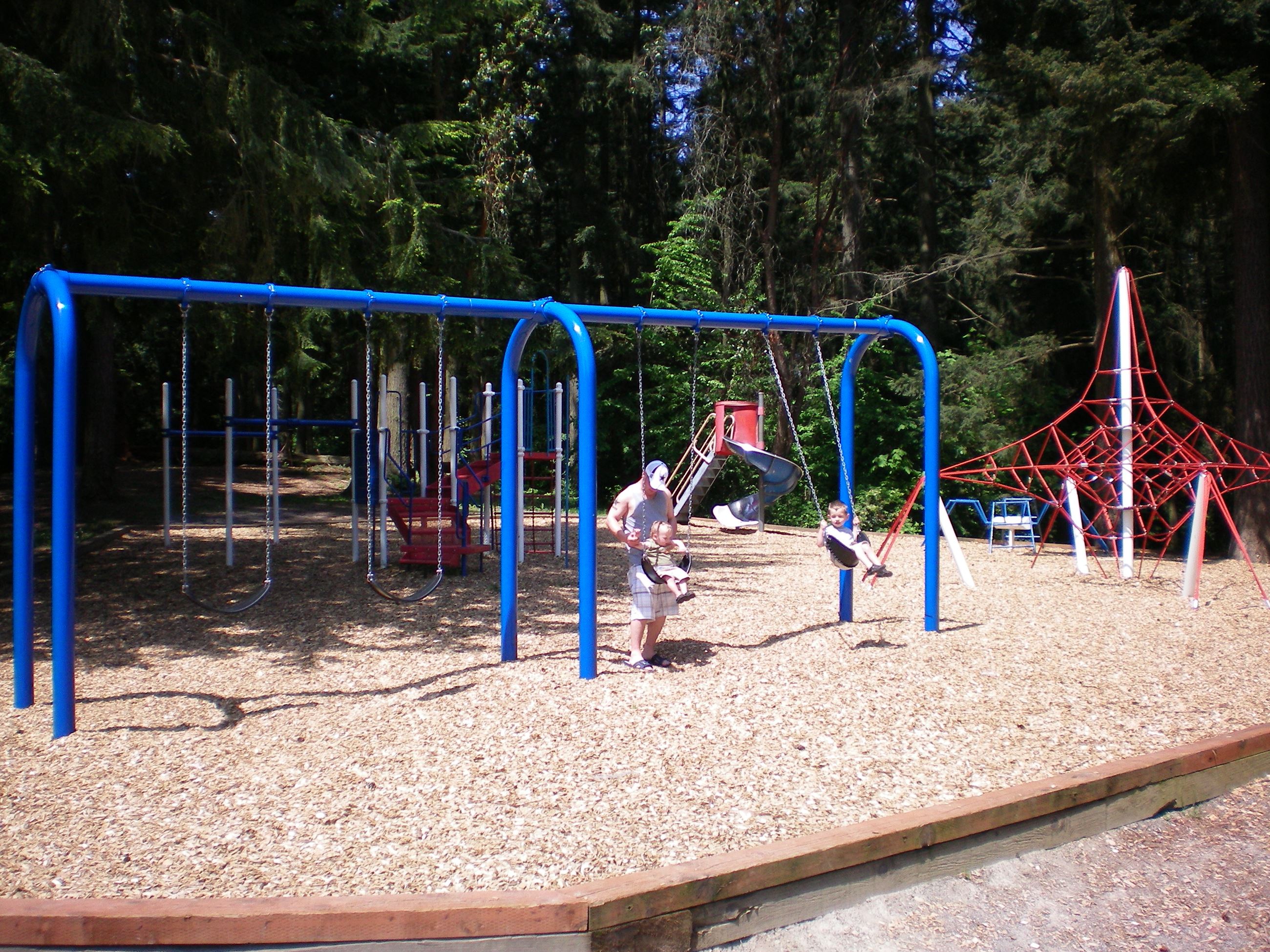