Community Alerts City offices are closed and operating via email and phone only. The Recreation Pavilion is open. Click here for information related to COVID-19.

Planning for the Future of Veterans Memorial Park

Over the next several months, the City of Mountlake Terrace will be developing a master plan for Veterans Memorial Park. The plan will guide future decision-making and development in the park.

The recently adopted Town Center Master Plan identifies how the core of the city will develop over time. It identified Veterans Memorial Park as a benefit to the future Town Center and prioritized having the park master planned. This is also necessary as the city has acquired grant funding  to improve the pathways.

Late last year, the City conducted an online community-wide survey on recreation and park interests and preferences. The City also circulated an online survey seeking community feedback on current uses and ideas for improvements at Veterans Memorial Park. Based on results from both surveys the highest priority potential improvements to the park include:

On February 9, the project team shared some initial concepts for the future of Veterans Memorial Park with the Recreation & Parks Advisory Commission (RPAC). The following documents were shared with RPAC for their review and comment.

In April, we hosted an online open house for the community to learn more about the project and provide input on the three concepts.

In July-August the project team presented the Preferred Master Plan to the Recreation and Parks Advisory Commission, the Planning Commission and the City Council that incorporated all past input up to this point. The final conceptual illustration was approved in October by the City Council with final approval of the plan as incorporated into the Recreation, Parks and Open Space Plan in January 2022. 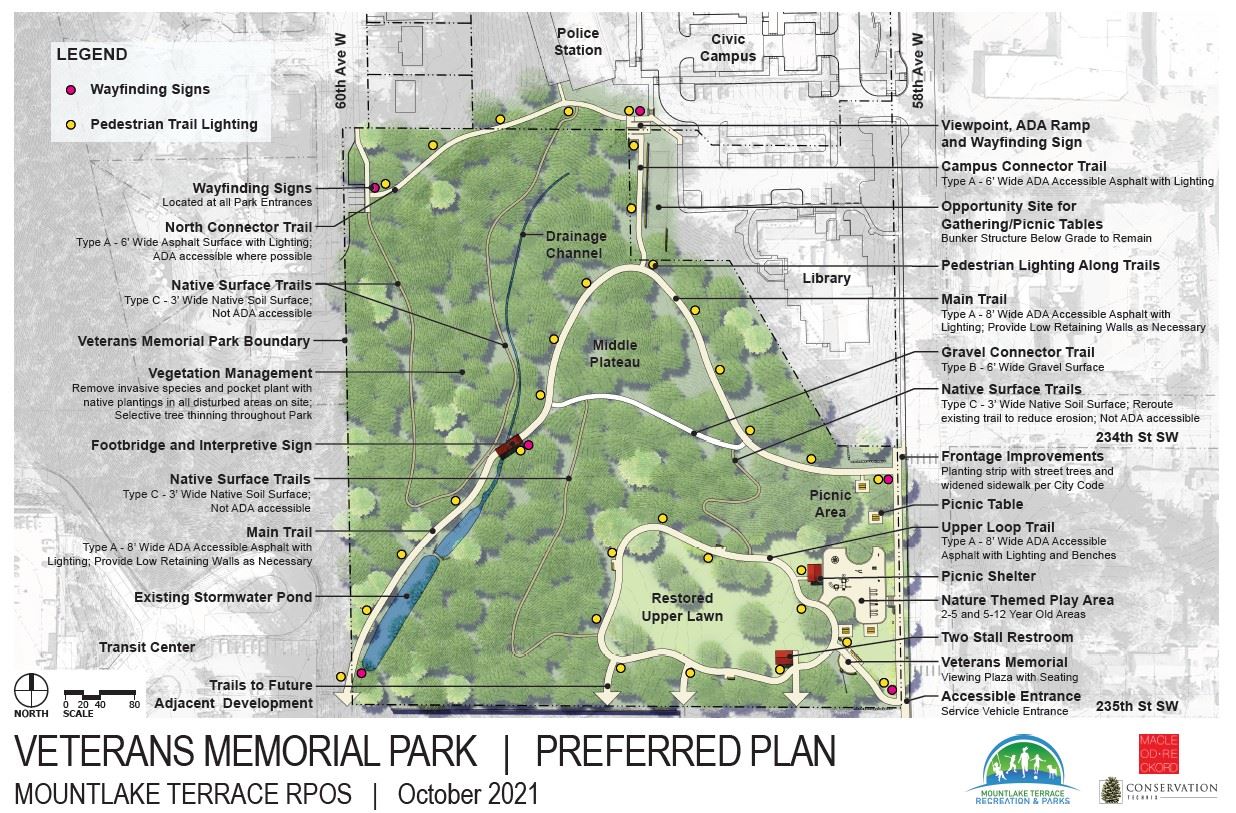