How the sewer system works

Here's a video provided by the Association of Washington Cities that explains "how our modern sewer systems work, how they are paid for, and why cities and you should be making a big stink about it."

How did the sewer utility form?

The City of Mountlake Terrace incorporated in 1954 in part to provide sanitary sewer connections to the growing number of homes in the area.

A group of civic-minded citizens wanted to provide sanitary sewer connection service to our residents and take advantage of a proposed sewer treatment plant to be constructed in the City of Edmonds. The plant was completed in 1957 and expanded in 1959 to accommodate flow from the City of Mountlake Terrace and from the Ronald Sewer District.

What happens to the sewage in Mountlake Terrace?

Approximately 80% of the sewage from Mountlake Terrace is collected and pumped to the City of Edmonds for primary and secondary treatment. The remaining 20% flows through Brier and Lake Forest Park and is treated by King County Metro at the Brightwater Treatment Plant near Woodinville. Mountlake Terrace has sewer agreements with the City of Edmonds, the City of Brier and the Ronald Wastewater District for disposal of sanitary sewer flow. The city has purchased sufficient capacity in the Edmonds Treatment Facility to accommodate growth as outlined in the City's Comprehensive Plan.

Three sanitary sewer lift stations pump sewage from the lower areas of the city to areas that allow gravity flow to the southwest corner of the city. Two of the lift stations were installed in the early 1960s and have recently been rebuilt with all new pump wells, new sewer pumps and updated electrical control equipment.

What does your sewer bill pay for?

Your sewer bills pay for the cost of maintaining three lift stations, 69 miles of sewer main lines, 1,500 access holes and 5,500 sewer connection laterals. Your sewer bill also covers the cost of sewage treatment and disposal as outlined above.

What happens if the pipes break and systems fail?

Without properly working sewer systems, you may experience the very unpleasant consequence of sewage backups in your home, yard or business.

A Sewer Rate Study is now being conducted as part of the Comprehensive Sewer System Plan and will be reviewed by the City Council in October and November. 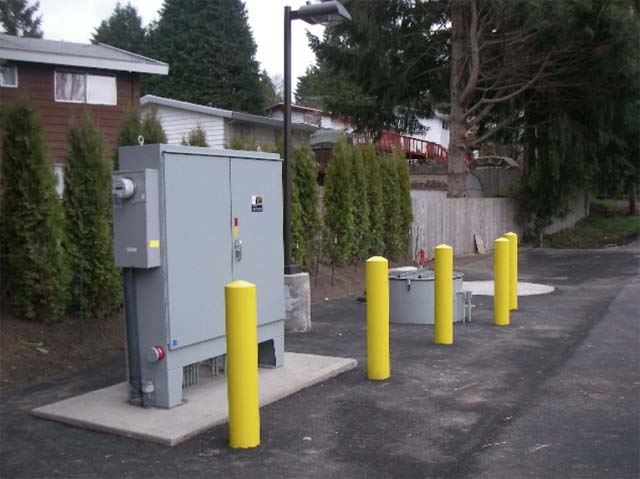